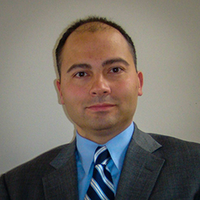 Please take a moment and let us know how your experience was.

Dr. Kubik graduated with honors from Washington & Jefferson College and earned his medical degree at the University of Pittsburgh. He then completed his internship and residency at Hamot Medical Center including pediatric training at Shriners Hospital for Children. During residency, Dr. Kubik treated numerous athletic teams including the Erie Otters of the Ontario Hockey League, the Gannon University football team as well as several high schools. He then completed a fellowship in Sports Medicine at the Ohio State University where he cared for numerous athletes with his main focus on the football and hockey teams. Having grown up in New Castle, Dr. Kubik returned to western Pennsylvania to join GPOA after completing his time in Columbus.

During his career, Dr. Kubik has received multiple awards and honors. He has published his research in various journals and presented his research at several national conferences. He has also served as Chairman of the Department of Surgery at Sewickley Hospital. He currently cares for a multitude of college and high school athletes throughout the western Pennsylvania, eastern Ohio and northern West Virginia area.

Dr. Kubik’s main specialties in orthopedics are in the treatment of the shoulder and knee. Regarding the shoulder, he specializes in the treatment of rotator cuff and labral tears as well as shoulder instability and arthritis. Dr. Kubik performs a high volume of shoulder replacements including reverse shoulder replacement. In the knee, he specializes in the care of ACL and meniscal tears as well as arthritis. He performs a high number of knee replacements including the Oxinium ceramic knee which is indicated for younger, more active patients.

When away for Orthopaedic Surgery, Dr. Kubik truly enjoys travel and sports activities including tennis, skiing, hiking, biking and boating.