Dr. Waligora grew up in Johnstown, Pennsylvania, a city 67 miles east of Pittsburgh. He spent numerous weekends as a child traveling to Pittsburgh to watch the Panthers, Pirates, Penguins, and Steelers with his parents and sister. After graduating from Drexel University College of Medicine in Philadelphia, he and his wife Angela moved to Gainesville, Florida to begin his residency at the University of Florida Department of Orthopaedics.

During residency, Dr. Waligora was named “Outstanding Resident Educator” twice, elected the department representative for the American Orthopaedic Association resident leadership forum, served as the state of Florida’s resident representative at the National Orthopaedic Leadership Conference, and was recognized for his patient service on several occasions. The research projects he developed during his residency won several awards and have been presented at the state, national, and international levels.

Both he and his wife are excited to return to the region they have always considered their home. Dr. Waligora is delighted to join GPOA and the Pittsburgh orthopaedic community where he hopes to contribute to the reputation of excellence established by his predecessors. 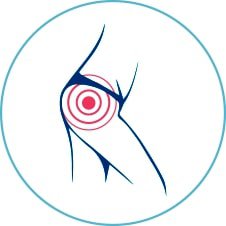